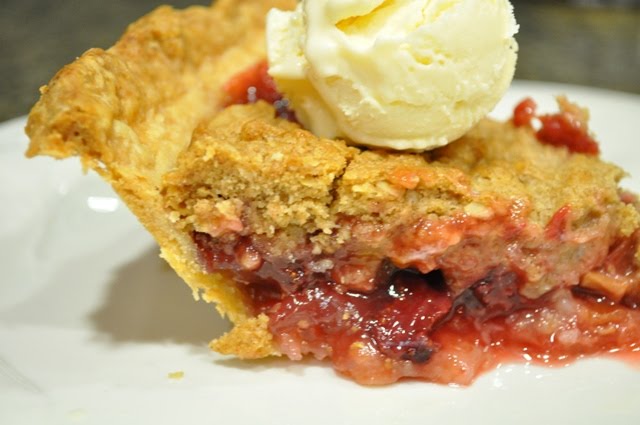 Several years ago I had my first encounter with rhubarb at a neighborhood Chicago restaurant. It was a delicious strawberry rhubarb crumble baked to perfection in a ramekin. It was so good I regretted my choice to share! From that point on I had a whole new outlook on rhubarb. I was very excited to see Tracey's Sweet Melissa Sundays pick this week for Strawberry Rhubarb Cobbler Pie. I'm a strawberry lover and thought this would be a great opportunity to tackle this crazy vegetable that looks like red celery.

I was a slightly intimidated by the recipe. It requires 3 major components, the crust, the filling and the cobbler topping. I'm pretty much intimidated by anything that resembles dough of any kind and especially if it requires a rolling pin. I have not had much luck with making my own pie dough in the past and have been reverting to my good friend, The Pillsbury Dough Boy, to help me out on all my crust related needs. But this is the first pie I've done for SMS so I sucked it up and went ahead and made the pie dough. I used the all butter recipe and prepared it in my food processor. I diligently followed all of Melissa Murphy's dough making steps, including keeping the dough cold and letting it rest prior to filling it. And you know what? It turned out great. The dough came together nicely and it was easy to roll out. A much more pleasant experience than my previous attempts at pie dough. 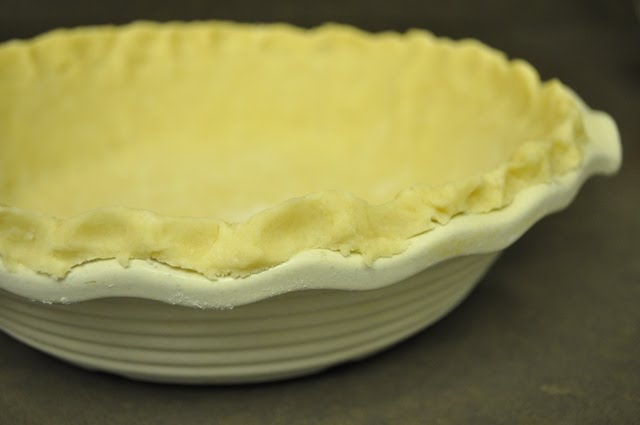 The filling was the easiest part of the recipe. So that came together quickly with only 5 ingredients. 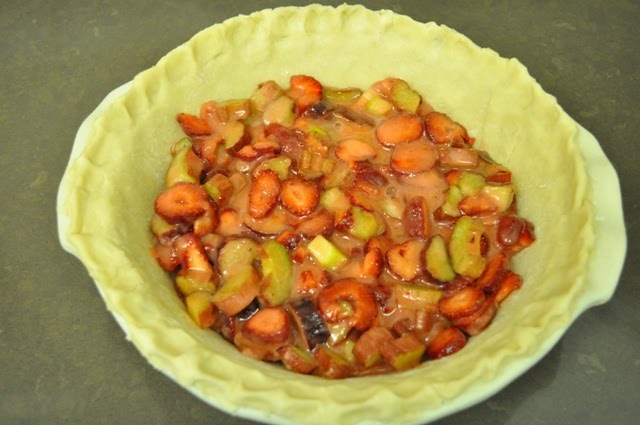 I did opt for a different topping than the biscuit recipe. Generally speaking I am not a fan of biscuits. I find them to be too doughy. So I used a crumble topping from another recipe instead. It's almost like an oatmeal cookie topping and it paired nicely with the strawberry and rhubarb filling. This topping recipe came from a co-worker for a dish called "English Apple Pie", however I modified it slightly. The recipe calls for 1/2 cup of pecans, which I substituted 1/2 cup oats.

Check out the topping below....it is the consistency of cookie dough. 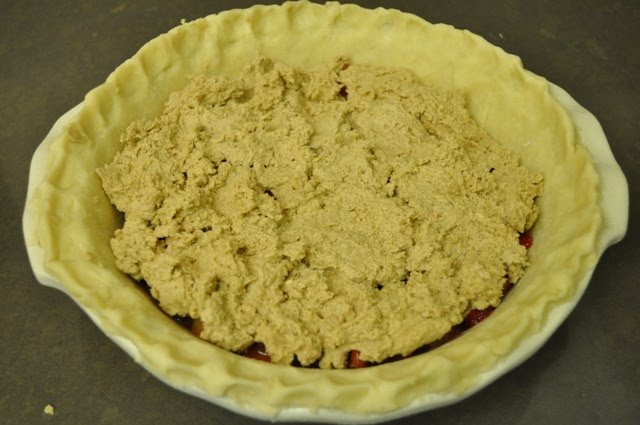 Based on Tracey's experience in the P&Q I cooked my pie for about 1 hour and 25 minutes. The filling set up nicely, however I felt the crust was a little overcooked. I placed tin foil over the pie to keep it from browning too much, but still ended up with a darker crust than I wanted. 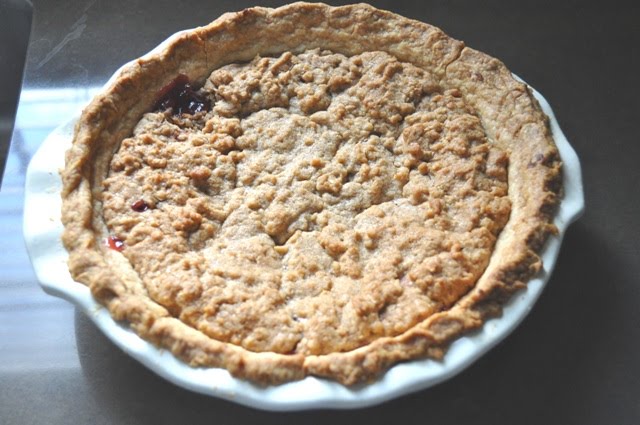 I had a family event on Saturday evening so they got to be my official tasters this week. The pie was a success! Except with my niece and nephew (ages 6 and 8)...they informed me they like apple pie better! Lucky for them I also made an apple pie. The filling for the strawberry rhubarb was very sweet but the topping and dough balanced it out. I might scale back the sugar a bit the next go round. 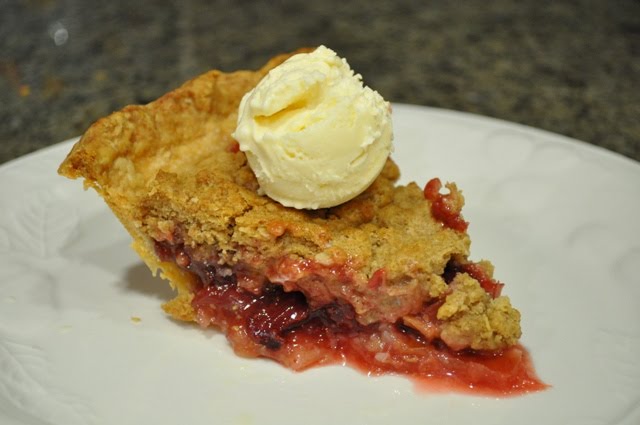