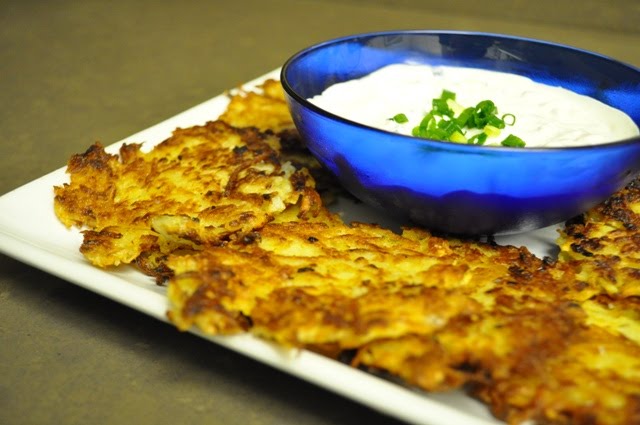 The holidays are a time to indulge in those special decadent dishes that your waistline can't afford during your everyday life. One of our favorites is homemade Potato Latkes to celebrate Hanukkah. Unfortunately we were a little late celebrating this year and didn't have our latkes until the eve of Christmas Eve (Hanukkah ended on 12/8). But better late then never. They were delicious. 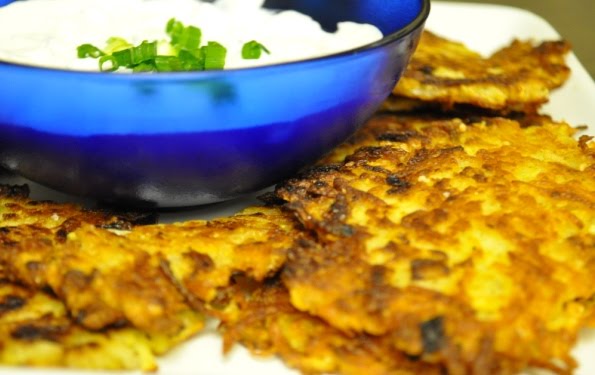 Latkes are potato pancakes fried in oil and are a Hanukkah tradition. Frying the pancakes in oil is symbolic of the miracle of lights. The short story is in 165 B.C. when Jewish soliders returned triuphant after battle to their holy temple in Jerusalmen that had been occupied by Syrian-Greeks, they proceeded to purify the temple through the ritual of lighting the Temple's menorah for 8 days. They only had enough oil for one day, but lit the menorah anyway. The miracle was that one day's worth of oil lasted for the full 8 days. For more details, click here.

I'm not Jewish, but my hubby is and I am happy to celebrate this thousands of years old tradition because I get to eat delicious fried potato pancakes. I found this recipe in the Gelson's Super Market newsletter the first year I started dating my hubby back in the late 90's. This recipe is fantastic and I think, hands down, is the best latke recipe I've had.

There are a few handy tips I'd like to highlight. Be sure to get as much liquid out of the potato mixture as possible. I put my potatoes and onion mixture in a clean thin kitchen towel and wring it out. You'll be amazed how much liquid comes out. Once the mixture is dry....place it back in your bowl and add in the remaining ingredients. I like my latkes small, thin and cripsy and golden brown. I take a large pinch of the mixture and squeeze out any excess liquid. Then I sort of flatten it out with my hand and place it in the hot oil. 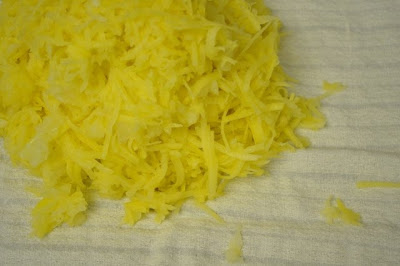 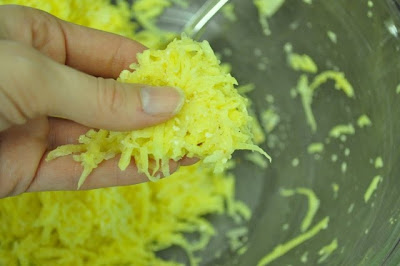 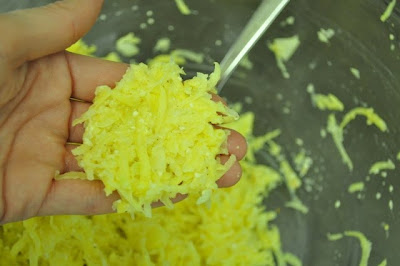 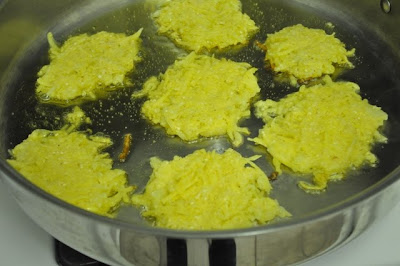 I like to serve the latkes with a sour cream topping, though applesauce is traditional as well. In the early years I would make a whole Hanukkah meal, brisket, kugel and green beans to serve with our latkes. Now, we just have latkes for the meal. Who needs that other stuff? 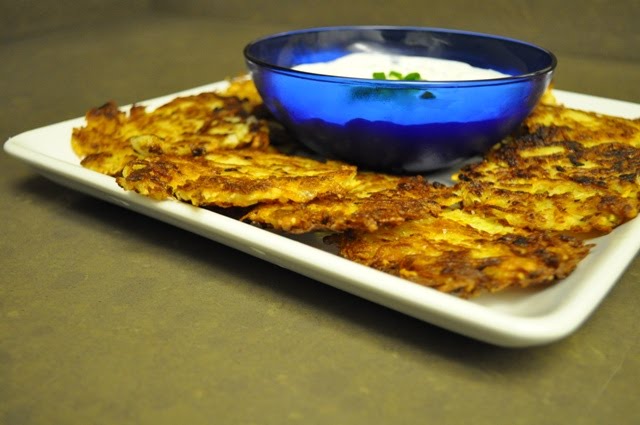 Combine grated potatoes and onions together. Place mixture in 2 batches in a thin, clean kitchen towel and wring out all the liquid. Do this a few times because there's a lot of liquid! Add remaining ingredients and mix well. Heat oil on medium high and drop about two tablepoons of mixture per latke in the oil. Press down with back of a spatula to flatten out. Fry about 3 minutes per side until golden brown and crispy. Place finished latkes on a wire rack placed over a paper towel lined baking sheet in a 200 degree to keep warm. Serve with Sour Cream Topping (see recipe below) or applesauce.

Email ThisBlogThis!Share to TwitterShare to FacebookShare to Pinterest
Labels: Holiday, potato, side dish