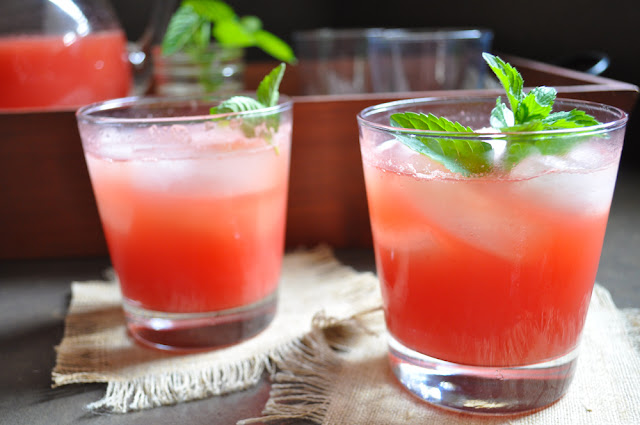 I've been in a bit of blogging funk lately.  I've only posted for the cooking and baking groups I belong to for the last month and a half.  If it wasn't for those groups, it would have been radio silence over here.  I don't know what my deal is.  I have a stash of recipes I've been making over the weeks along with photos to accompany them.  But every time I found myself in front of the laptop, I also found my mind to be blank.  The words did not come and the days continued to pass. 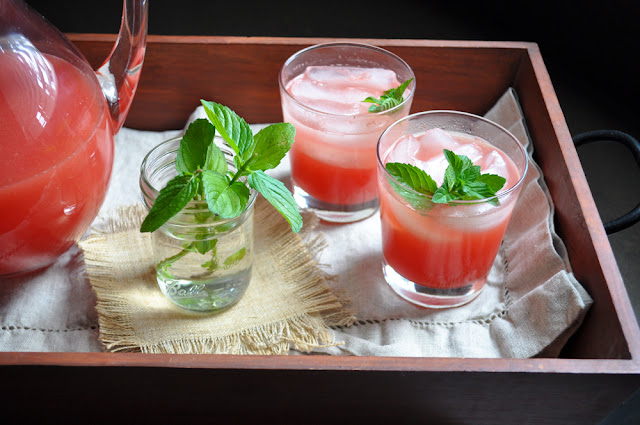 I don't have a bunch of good excuses, like the dog cat ate my memory card with my photos on it or I was watching a Real Housewives of New Jersey marathon.  Okay, maybe I was watching the Real Housewives, but not a marathon.  I watch those episodes within 24 hours of airing because I'm completely sucked into the train wreck of ridiculousness.  The point is, I have no excuse for my blogging pause.

Even as I sit here today, I'm not exactly sure where this post is going, but the bottom line is I know that I miss blogging.

And I didn't want miss the opportunity to share this watermelon limeaid with you before the summer passed us all by.  I made it on 4th of July when we had an other couple over for an impromptu barbecue.  It's a fun refreshing drink and nice to have something different.  You know, it feels special.  The watermelon and lime juice are very complimentary.  And it could be extra special if you splashed in a little vodka.  Either way, it's perfect for a Labor Day barbecue.  What are your plans for the long weekend? 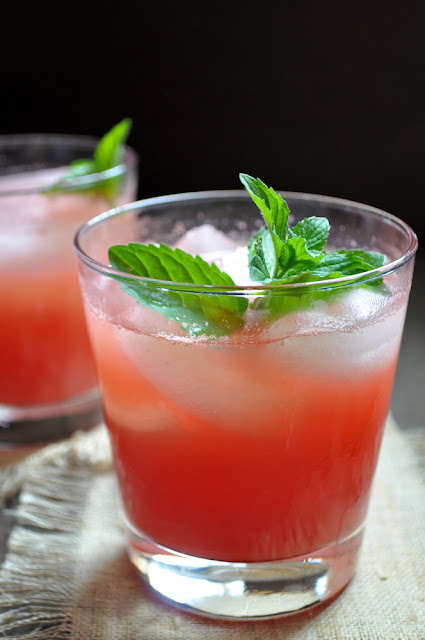 Isn't it pretty?  And it tastes as good as it looks.

Heat 1/2 cup of the water, sugar and lime zest in a small saucepan until sugar is dissolved.  Remove from heat and add lime juice.

Line a colander or mesh strainer with a cheesecloth.  Place it over a large bowl and strain the sugar mixture to remove the pieces of lime zest.

Puree the watermelon in batches in a blender with the remaining 1/2 cup of water.  Strain the watermelon juice through the cheesecloth into the same bowl with the sugar/lime juice mixture.  It will take about 10-15 minutes to drain.  Gather up the cheesecloth and squeeze out the remaining juice.   Chill for 2 hours in the refrigerator.  Serve over ice and garnish with fresh mint.
Posted by Gloria - The Ginger Snap Girl at 9:45 PM